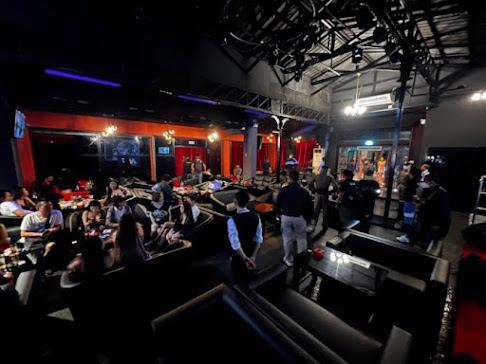 More than 50 officers led by Major General Nantawut Suwanlaong, Acting head of the Chonburi Provincial Police randomly inspected entertainment venues in Pattaya to check for the current seven major rules which are:

1. No allowing underage users below 20 to enter bar and entertainment venues.

2. No selling alcohol to underage users below 20 in any venues including restaurants.

3. Entertainment venues must be shut and all customers gone by legal closing times, currently between midnight to 2AM depending on zone.

4. Selling alcohol over the legal time is prohibited at all venues.

5. Allowing weapons and illegal drugs into entertainment venues is prohibited

6 Allowing illegal gambling in any venue is prohibited.

Major General Nantawut told the Pattaya News that they first inspected ‘New Season’ on Pattaya Third Road where lots of Thais and foreigners were drinking. Some of the foreigners were unable to present their passports and they were taken to the Pattaya Police Station for questioning.

Posted by Gerrit Tienkamp at 8:06 AM