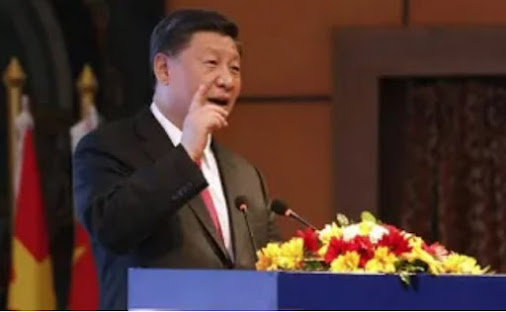 China’s President Xi Jinping is taking APEC by storm after making hardline statements about the region. His recent statements have set off tidal waves as worldwide leaders became sidelined in the chaos after Xi reportedly told off Canada’s PM Justin Trudeau and noted what APEC’s goals should encompass.

According to the Thai Enquirer, Xi called on the APEC region to focus on economic development first and save the power struggle between nations as an afterthought.

“The Asia Pacific is no one’s backyard and should not become an arena for big power contests. No attempt to wage a Cold War will ever be allowed by the people or by our times.”

“Currently, the Asia Pacific enjoys overall stability. Cooperation in our region has been steadily advanced, and peace, development and win-win cooperation remain the underlying trend in this region.”

He then laid a heavy hand towards what he calls a “Cold War” mentality, unilateralism, hegemonism, and instability, saying such acts are hampering economic ties. Xi says that such a mentality distorts international norms, impedes development cooperation, and ignites conflicts in the region. Then, he blamed such issues as burdening the region’s peace and development.

Xi’s statements were outlined in a six-page document, in which he promoted the Chinese way of modernisation over the current Westernised route. He called out the US influence that is currently seen in the region and proposed a counter alternative that would help “create conditions for ensuring economic development and durable peace and stability in the Asia-Pacific.”

The Chinese president’s statements have grabbed headlines worldwide, leaving Thailand’s PM in the dust. His statements were largely unprecedented with other global leaders in awe of his bold speech. Traditionally, such statements have been reserved for the host country of such global meetings so as to not steal the limelight from the host.

Some observers say Prayut will forever be indebted to China with Xi’s recent turf grabbing just another example of how Prayut’s administration serves as only another puppet to China.

Posted by Gerrit Tienkamp at 9:50 AM